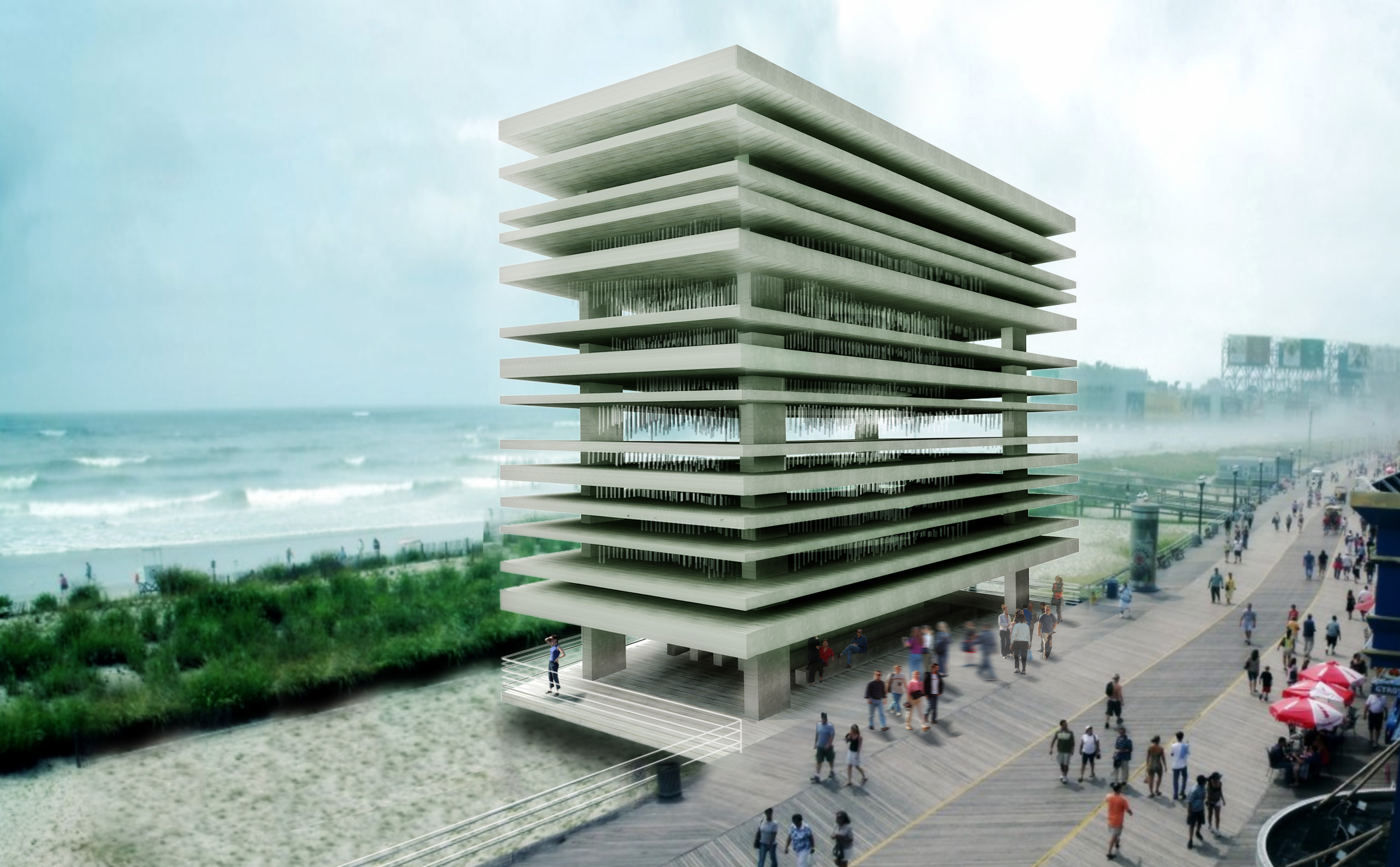 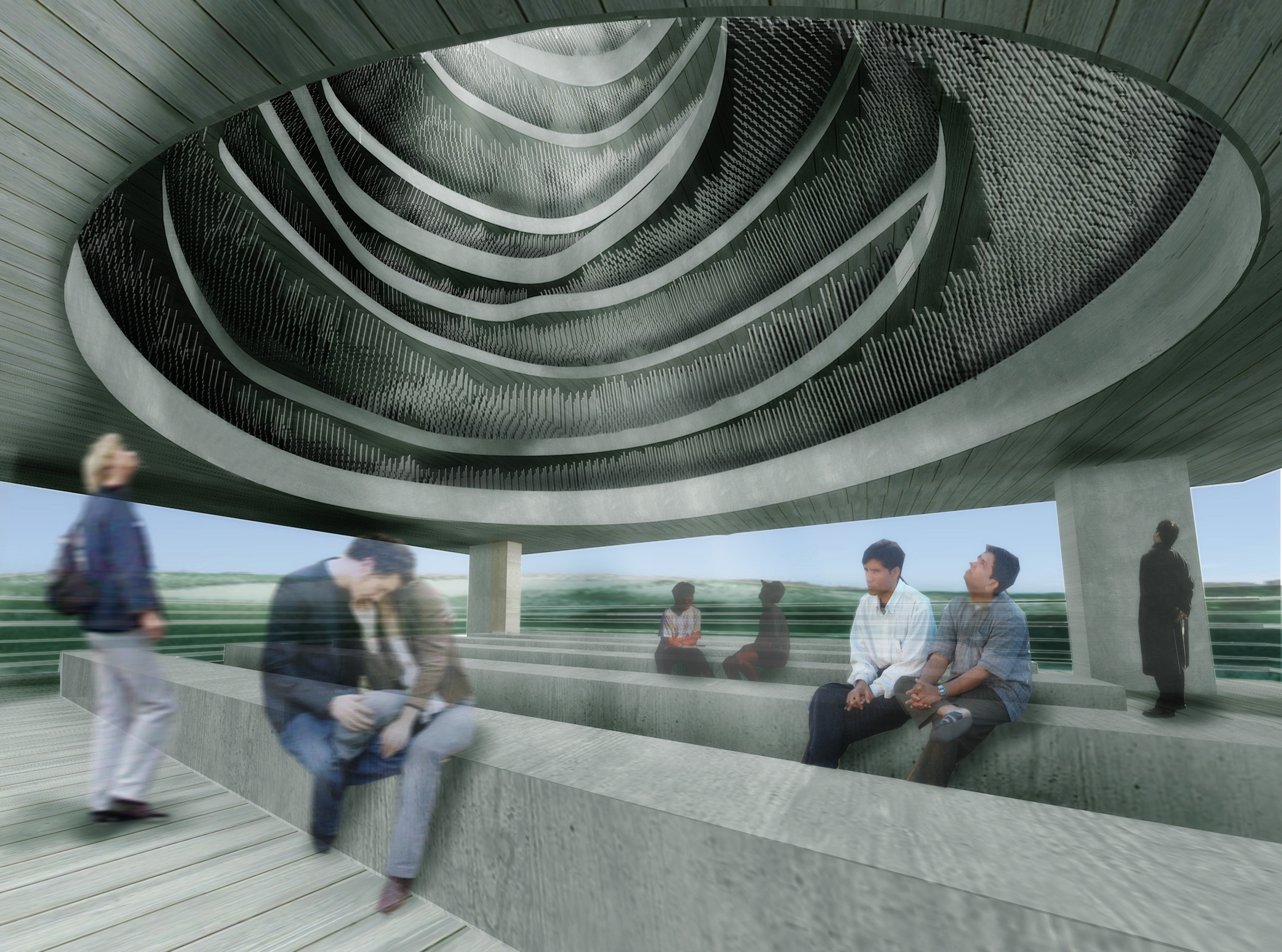 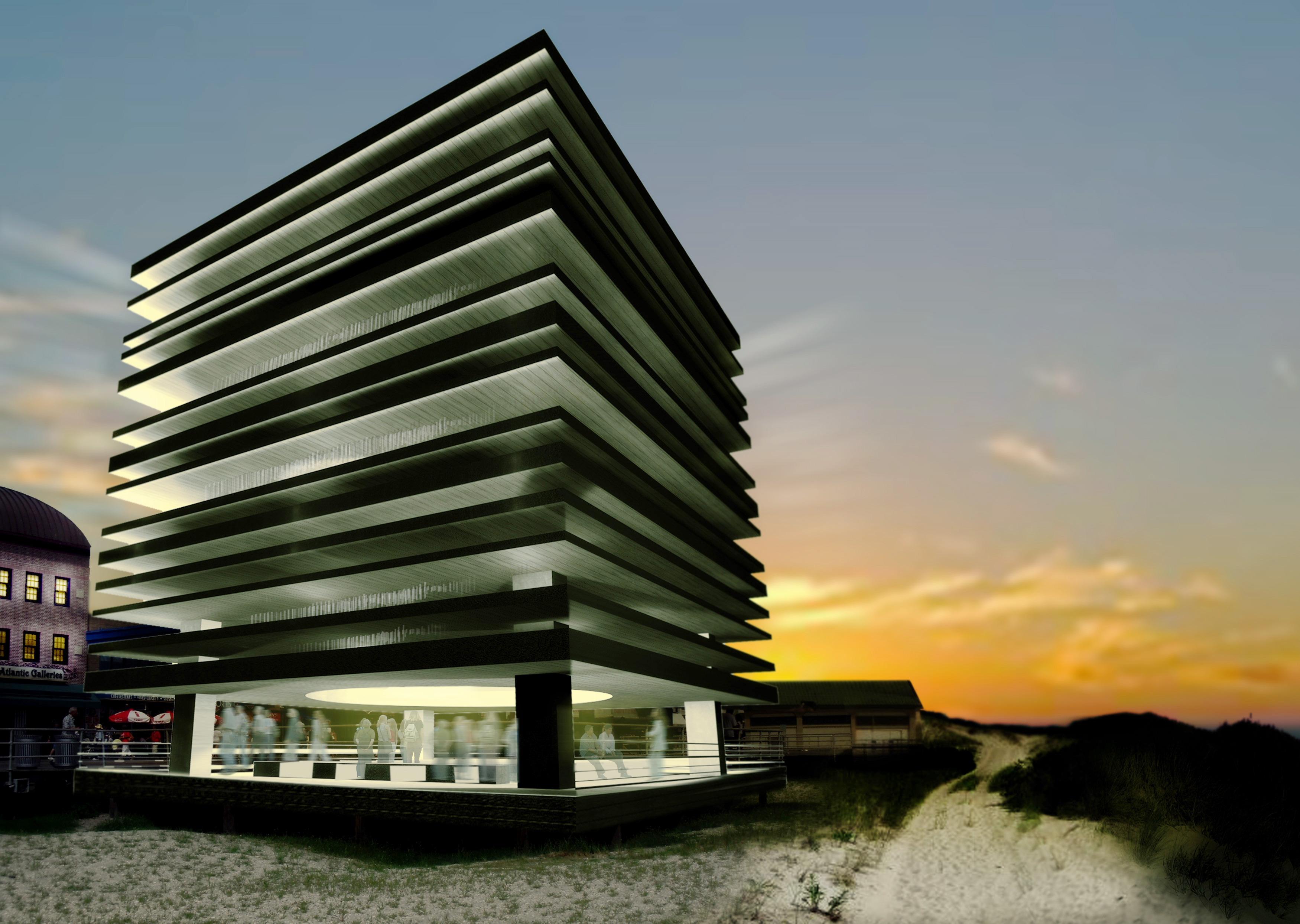 COMPETITION PROJECT / Atlantic City Boardwalk Holocaust Memorial – Voices of Victims Lost
The Atlantic City Boardwalk Holocaust Memorial is conceived as a stacked layer of planes standing 58’ tall along the boardwalk. Visitors are drawn in to the center of the memorial where the heart of the structure is a hollowed out void that forms a “domed” chapel-like setting with benches for prayer and contemplation. The dome is formed by cutting away the slabs at each level to ever-decreasing holes closing towards the sky in a small oculus. Millions of stainless steel wind chimes, representing the voices of those lost in the Holocaust, are suspended from the underside of the slabs above. Varying in lengths, the chimes form waves, both visual and aural, creating a symphony of “voices” resonating in and around the memorial. The underside of each slab has wood panels from which the chimes hang. The top of each slab has recessed LED uplights to illuminate the chimes at night. The areas between the slabs are open to allow visibility through the memorial at upper levels and to allow air-flow for movement of the wind chimes.