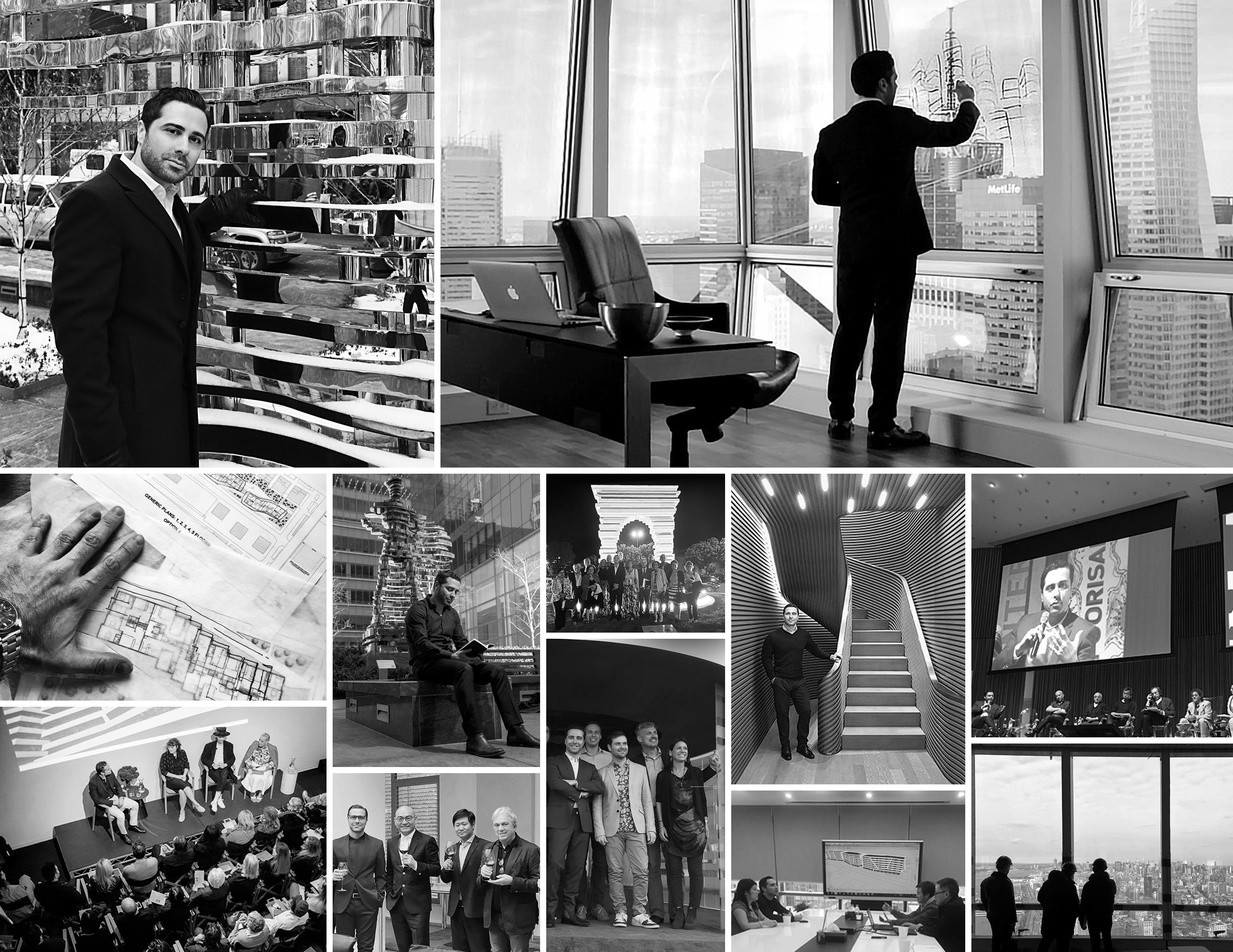 APS Designs, Inc. is a New York-based multi-disciplinary design firm integrating the disciplines of architecture, design, and public art. Our work has achieved high accolades internationally over the past years, including award-winning projects, acquisitions for permanent collections in Museums, and public commissions. We work across a range of a variety of scales and different projects, from large-scale, multi-use commercial and residential structures, leading-edge interiors, to public art, landmarks, and furniture design. The founder, Antonio Pio Saracino, is a licensed Italian architect.

We aim to treat each project uniquely. Always completed to the highest standards, our designs reflect modern creative thinking, contemporary ideas reflecting innovative concepts with attention to the details of materials, and design applied through timeless, simple techniques. The firm has an expansive portfolio of international work. In today’s global market, the ability to form effective and productive collaborations has become a crucial element.

We work on international projects by employing professionals from multiple backgrounds and engaging in global partnerships, both of which have allowed us to gain a higher level of contextual knowledge and specific expertise. This has led us to participate in various types of successful projects. The main objective of the firm is to provide an iconic and elegant design with high-quality services, from conceptual design to implementation and completion.

Antonio Pio Saracino is a registered Italian Architect and Designer, member of the OAR, Association of Professional Architects in Rome. He studied at Rome’s La Sapienza University of Architecture with a master’s degree in Architecture, cum laude. He began his career teaching Architectural Design at La Sapienza University and working in architectural firms, including Studio Fuksas in Rome. Saracino collaborated with New York Architect Steve Blatz on competitions, interior design and conceptual projects. In 2013, Saracino established the multidisciplinary design practice APS Designs Inc in New York. He has designed buildings, residential interiors, commercial interiors, products, and public art. Saracino’s works have been realized in many locations spanning the US, South America, Middle East, Asia, and Europe. He designed The Guardians, two sculptures sitting permanently at the entrance of Bryant Park in New York. His work was in an exhibition in the Academia Gallery in Florence next to Michelangelo’s David. In 2018, he designed LIFE, two sculptures permanently installed at the entrance to the largest hospital in New York City, the NY-Presbyterian. In 2019, he won a competition for a landmark for the City of Newark, New Jersey: a New Arc for Newark.

His work is part of the permanent collections of several museums, including the Centre Pompidou in Paris, the LACMA Museum in Los Angles, the Brooklyn Museum in New York, the Museum of Art and Design in New York, and the MAAS Museum in Sydney.

Saracino has received two American Architecture Awards from the Chicago Museum of Architecture. His work was selected as part of the Italian Pavilion of the World for the 54th Venice Biennale. He is a four-time winner of Interior Design’s Future Furniture design award, was named one of the World’s 25 Most Interesting Trendsetters by ARTnews, and was recognized as one of the Top Ten Italian Architects by New Italian Blood.

His design work has been featured in prominent international publications including The New York Times, The Wall Street Journal, Interior Design, Architectural Digest, Vanity Fair, and Vogue. Saracino became a United States Citizen in 2016 and lives and works in New York City.