The National Gallery of Modern and Contemporary Art in Rome presents ‘Corporate Art’ an exhibition that emphasizing the relationship between the world of business and art. The aim of the exhibition is to discover the tradition of cooperation between the two worlds, presenting signs of artistic expressions in the field of marketing, social responsibility and corporate communications.

Antonio Pio Saracino was asked to present his design for the Eni Formula One Trophy.

Eni hired Antonio Pio Saracino to design the Formula One and Moto GP trophy for 2010-13 using their iconic six-legged dog logo as inspiration. The instructions were to transform the fire-breathing dog – its body, legs, and the flame – into fluid lines, stressing the dynamic quality of the creature as new symbol of speed. Saracino re-invented and recreated Eni historical logo into a sculptural Trophy.

The fluid lines travel throughout the body, from the six legs to the spine and up to the head, which transforms into the flame. The trophies are manufactured by means of selective laser sintering, and the polyamide material is then lacquered in gold, silver or bronze pigment.

“Title Sponsorships – The six-legged dog decided to strengthen its presence in racing in 2010 with two title sponsorships: Eni is the title sponsor of the German Moto GP (eni Motorrad Grand Prix Deutschland), at the Sachsenring racetrack, and the F1 Hungarian Grand Prix (eni Magyar Nagydij), at the Hungaroring racetrack. As in 2010, this year as well eni will dress the Grid Girls at the two events with clothes specifically designed for eniracing, while the trophy that goes to the top three winners in each category of the Moto GP of Germany and the first three finishers in the Formula One GP in Hungary is created by the designer Antonio Pio Saracino.”  Eni.com 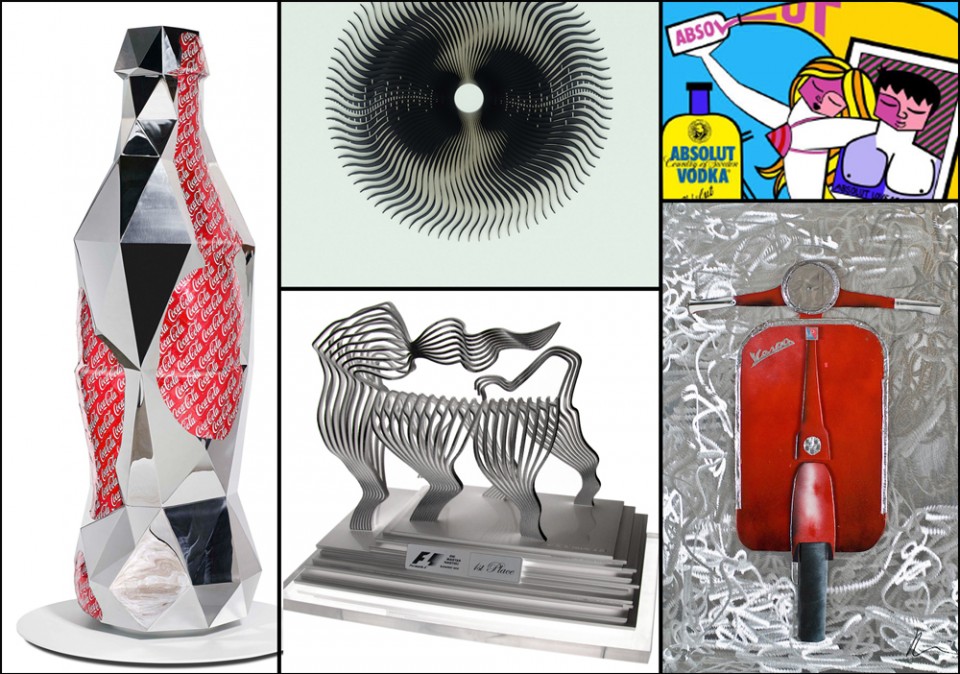 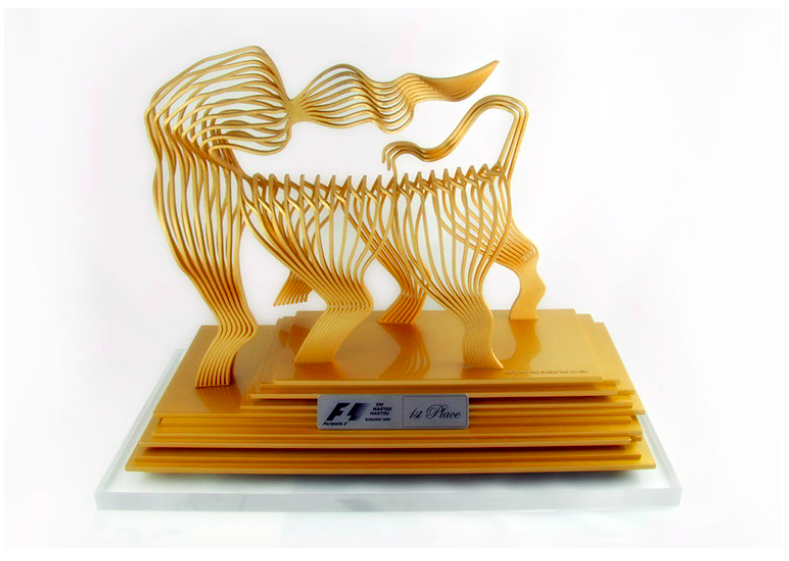