Sydney, Australia (October 3, 2019) – The Arch of Syndey or Unity Gate is a proposed project for a public art installation in Sydney, designed by the New York-based Italian architect and designer Antonio Pio Saracino.

This project takes the form of a Triumphal Arch, focusing on the celebration of diversity in identity of Australia’s people. There are numerous Architectural Arches around the world, celebrating human identity in different cultures. According to Saracino, the Arch is a symbolic place for many cultures, often seen as a metaphor for the departure from the familiar, representing a universal portal to an unknown but bright future. The Unity Gate celebrates the idea of unity and integration originated from diversities.

The shape of the Unity Gate was developed in multiple civilizations around the world, but also mimicked by nature in the cliffs and gullies of coastal Australia. When the Australian Federation was inaugurated in 1901, different national Arches of Triumph were built as temporary structures in and around the cities of Sydney and Melbourne.

The Unity Gate is a proposed new project for an Arch made like a historical diagram comparing human settlement to the natural phenomenon of the sedimentation of rocks, just like the layering of Australian sandstone. The project investigates the idea of the evolution of national identity in Australia.

It is inspired by the complex phenomenon of human migration and integration with previous inhabitants, which has not always been a smooth process. The Arch starts its construction with local Sydney sandstone to acknowledge the Gadigal people of the Eora Nation as the traditional custodians, and at some point, other stone plinths from different countries from around the world become introduced to the Australian bedrock. The Australian sedimentary sandstone is layered with marble, limestone, and granite slabs from England, China, Italy, Ireland, India, South Africa, Brazil, and many more countries; the result is an iconic Arch made with stones coming from many nations and geographic locations. A collection of diversities within a single gateway that serves the idea of unity, framing the landscape.

Saracino will present his work in the conference Ar(t)chitecture, on October 12 at the Sherman Centre for Culture and Ideas (SCCI) in Sydney as part of their annual Architecture hub, exploring the intersection of art and architecture. Dr. Sherman says “the Foundation’s 2019 Architecture Hub continues to explore architectural styles, the growing impact of design in contemporary societies and the evolution of the built environment – as humankind comes to terms with massive population growth and the fragility of our planet’s resources.”

The Italian Cultural Institute in Sydney is pleased to collaborate with the Architect Saracino on the creation of a permanent monument in Australia as a memory of the Italian emigration in the world and the legacy of the great artistic Italian heritage. 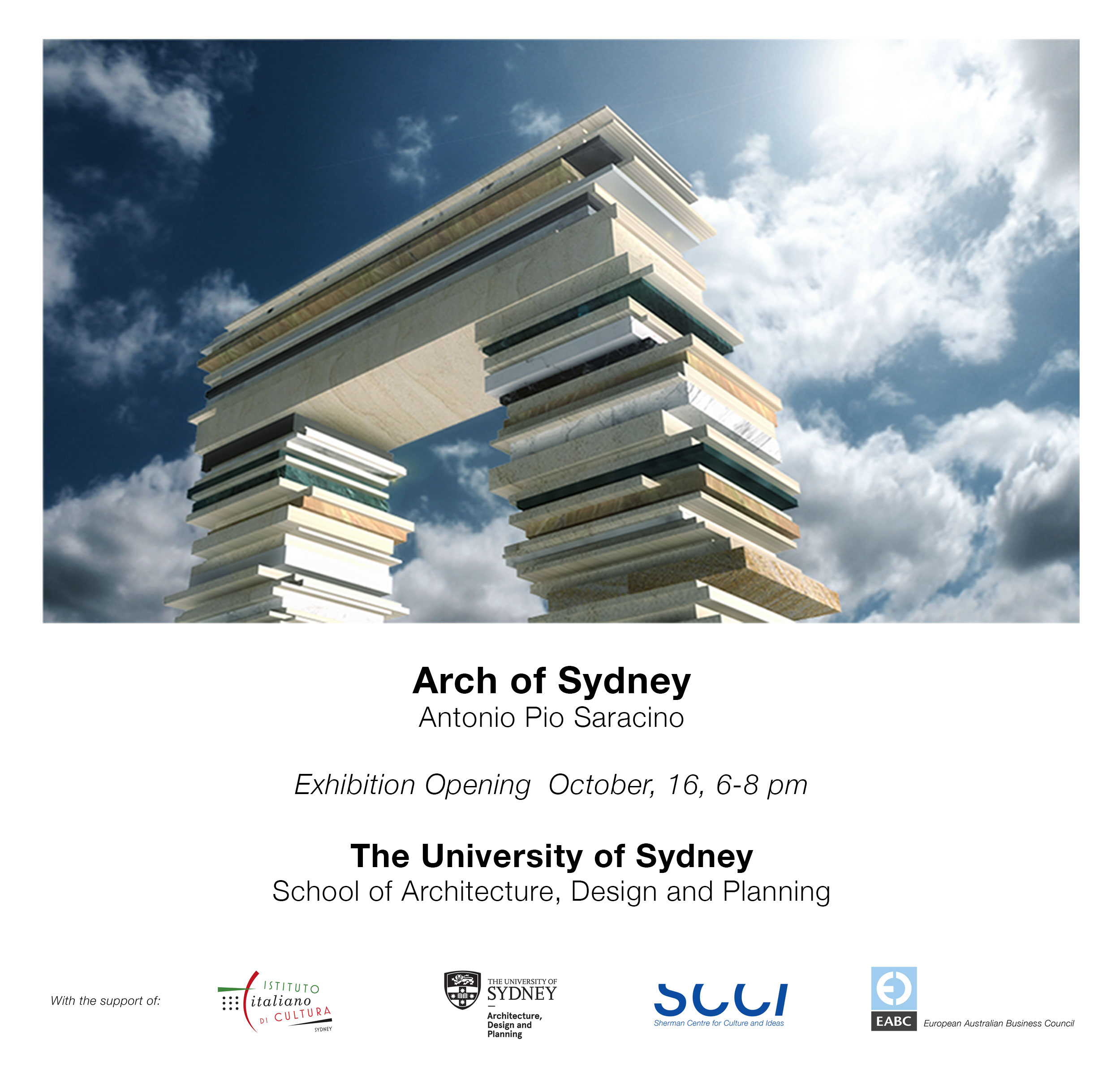 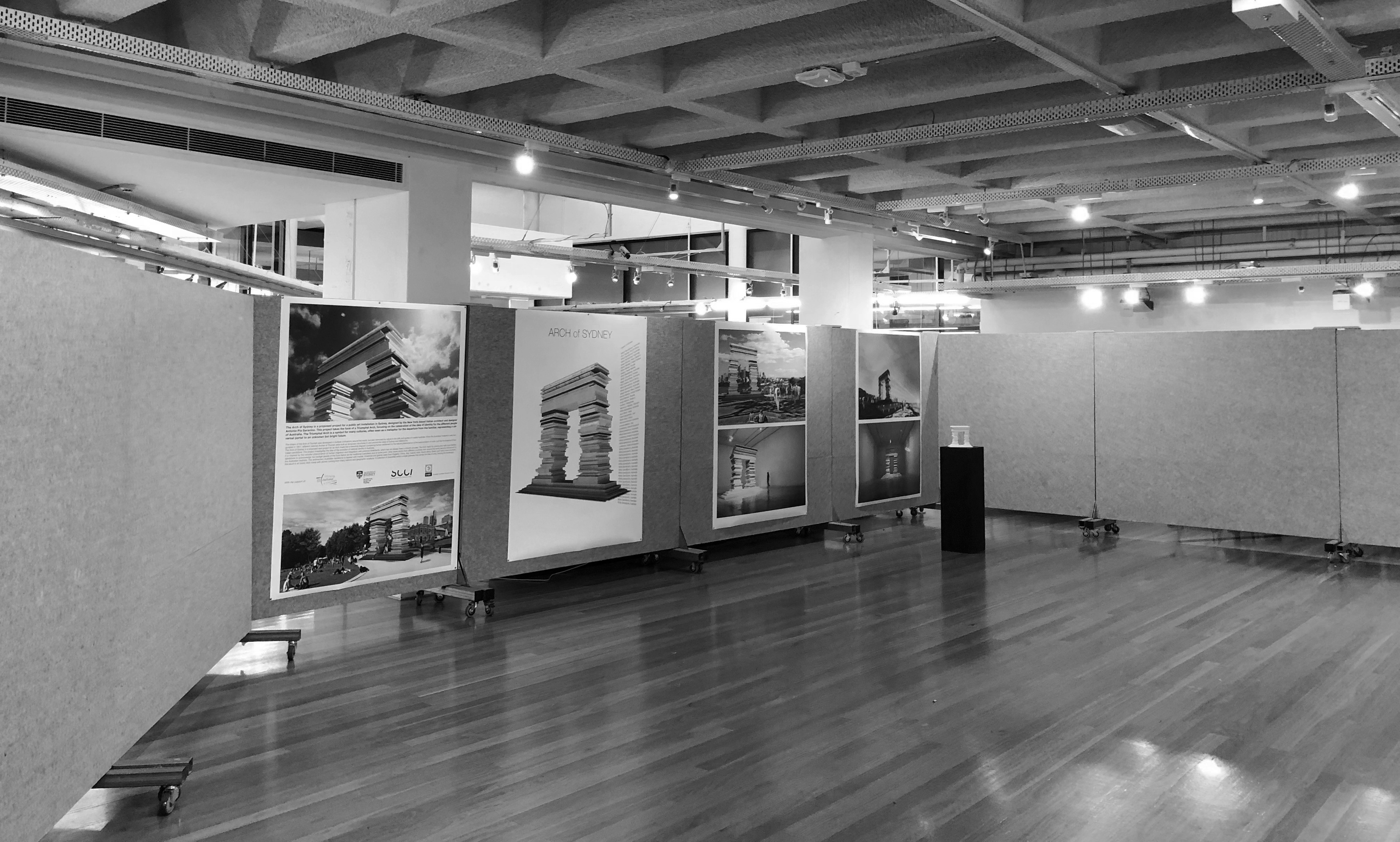 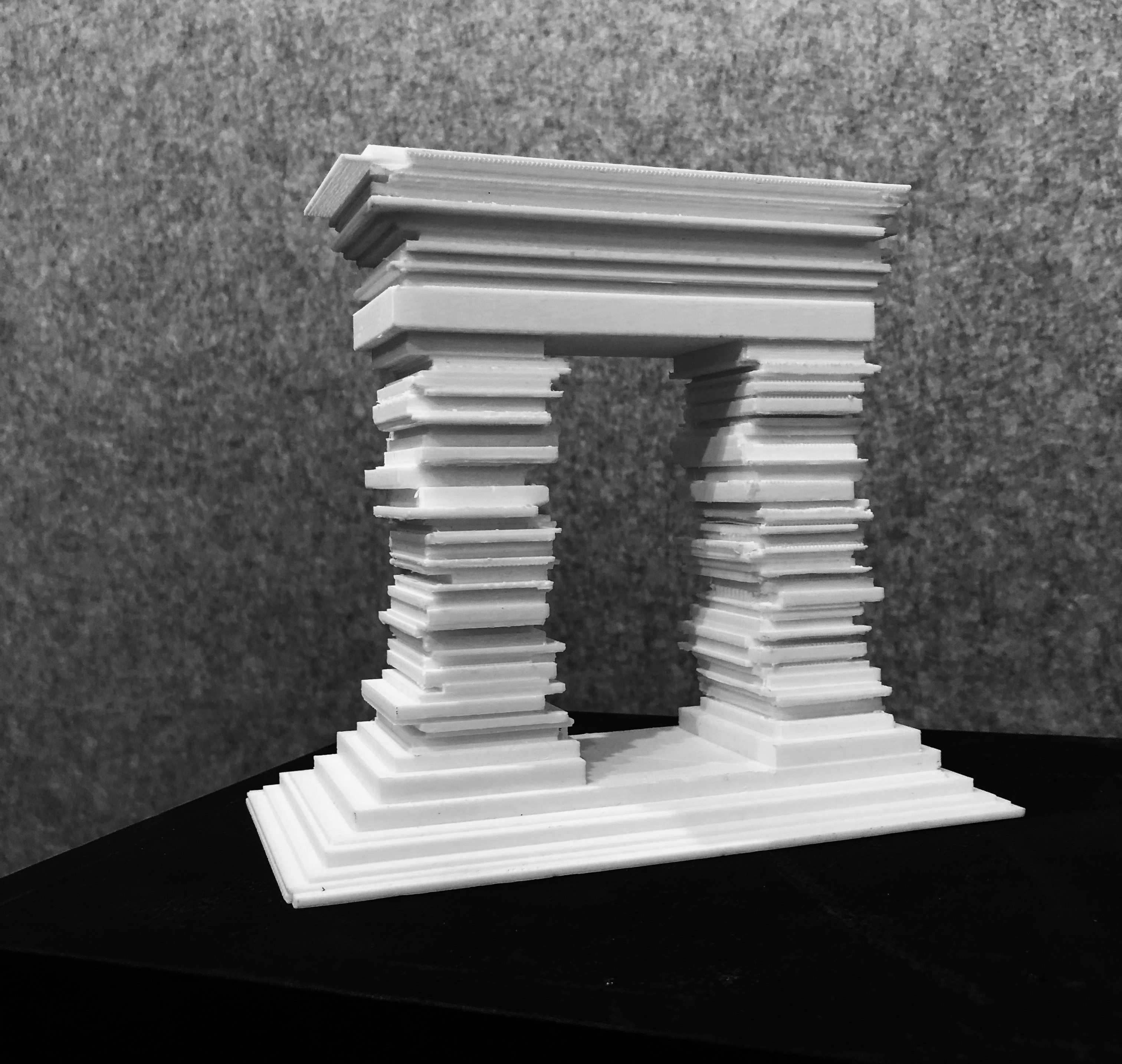 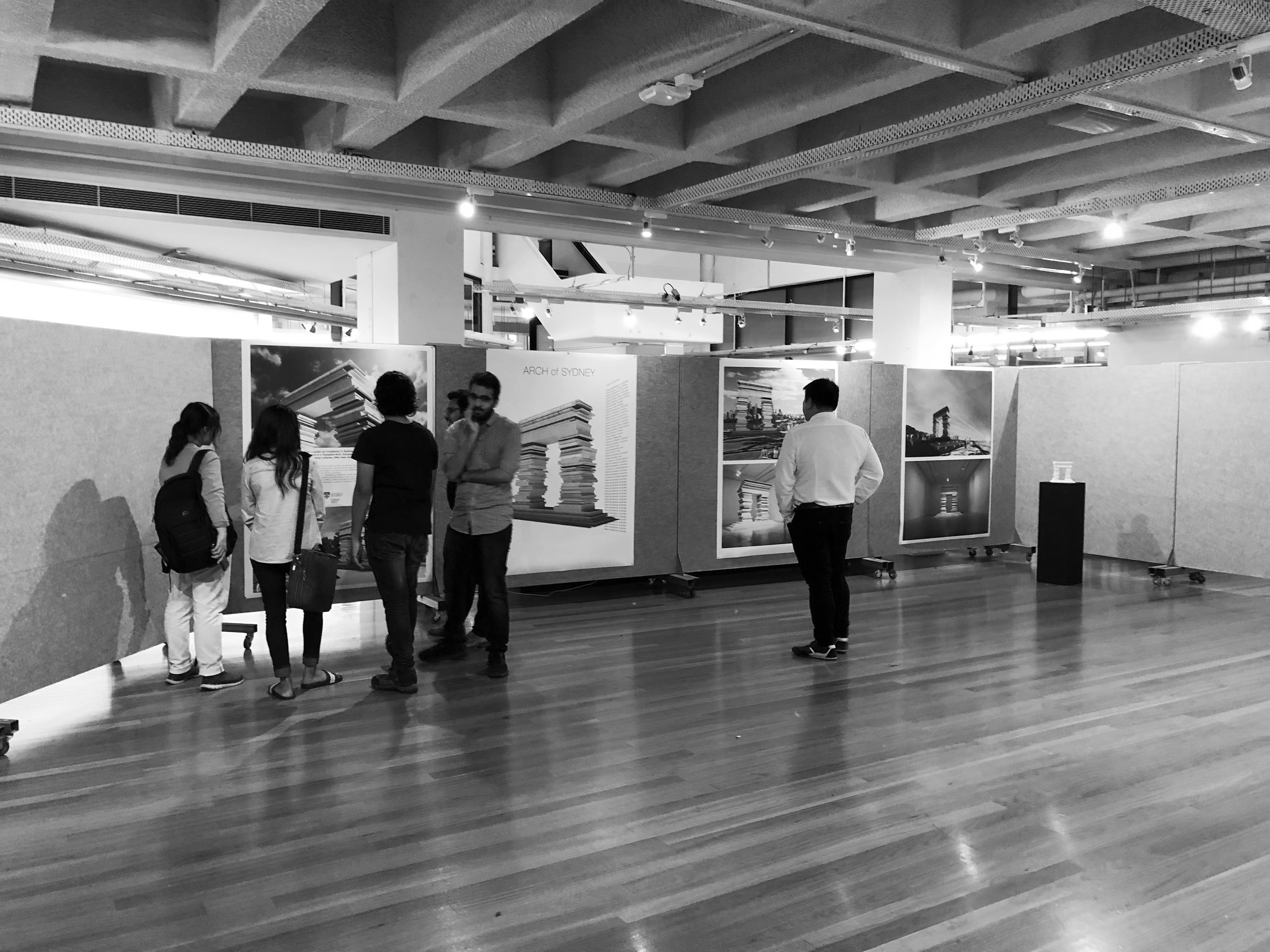