“The Globe,” a 7-foot sphere formed by linked red wooden posts, is a three-dimensional diagram that visualizes a map of our new digital world, in contrast to the territories of the physical globe. The shape was created using an algorithm for identifying connection points on a sphere.

The points at which the posts connect on “The Globe” represent the largest cities in the world and the non-physical connections taking place between them.

This project presents a new globe that exists outside geographical space—leaving the map behind and focusing on the connections taking place between virtual and physical space. 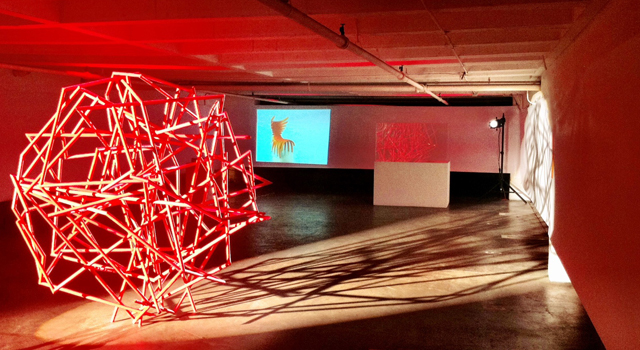 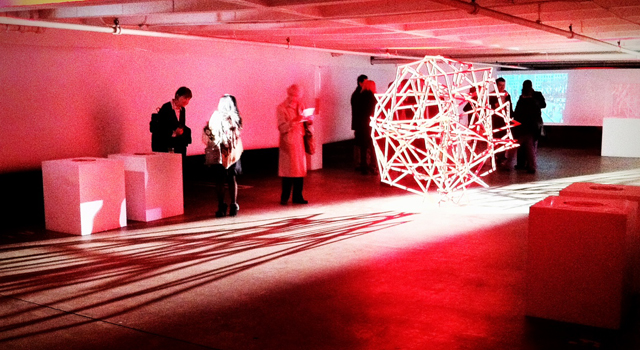 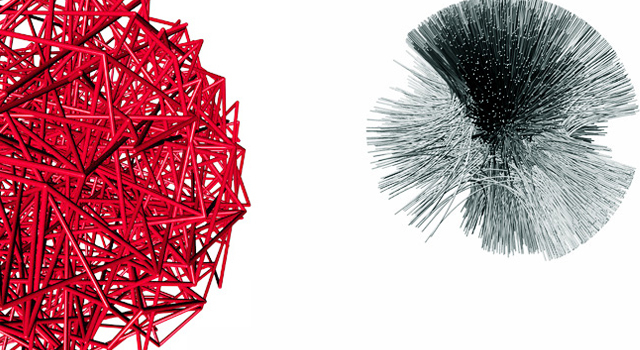