Brussels, September 2007: In occasion of the 50thanniversary of the European Union, Antonio Pio Saracino is a winner of the competition for the Europalia Art Festival 2007/2008 in Brussels, Belgium.

Agorafolly Inside takes place in the European Centre for Contemporary Art, which welcomes 27 promising young talents, one from each Member State of the EU. In this exhibition the search for contemporary artistic expression within the European Union takes place in a celebration of diversity in unity and each artist has been asked to contribute a work that particularly expresses the identity of his/her country. Saracino work has been selected to represent Italy.

Agorafolly Outside takes place in the Public Squares of Brussels. Saracino presents his work in the Square in font of the Central Station.

José Manuel Barroso, President of the EC, attended the opening ceremony of Europalia festival in Brussels, in the presence of Paola, Queen of the Belgians, of Georgi Parvanov, President of Bulgaria, and of Traian Băsescu, President of Romania. This year, the festival called “europalia.europa” was dedicated to the 50th anniversary of the establishment of the EU and all 27 Member States took part in it. 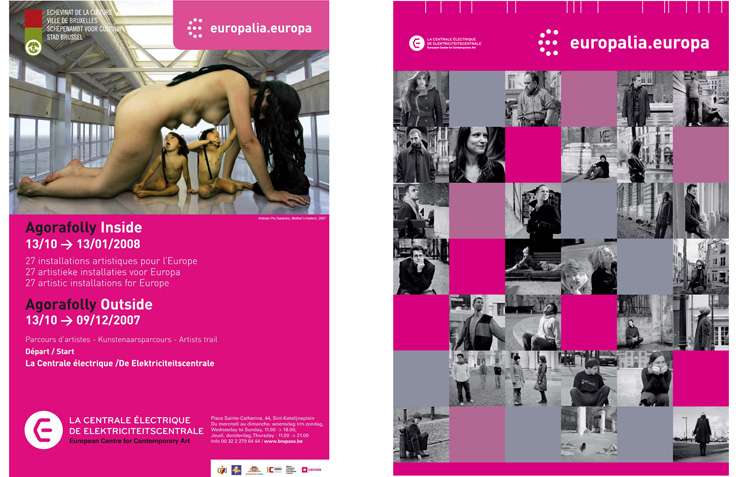