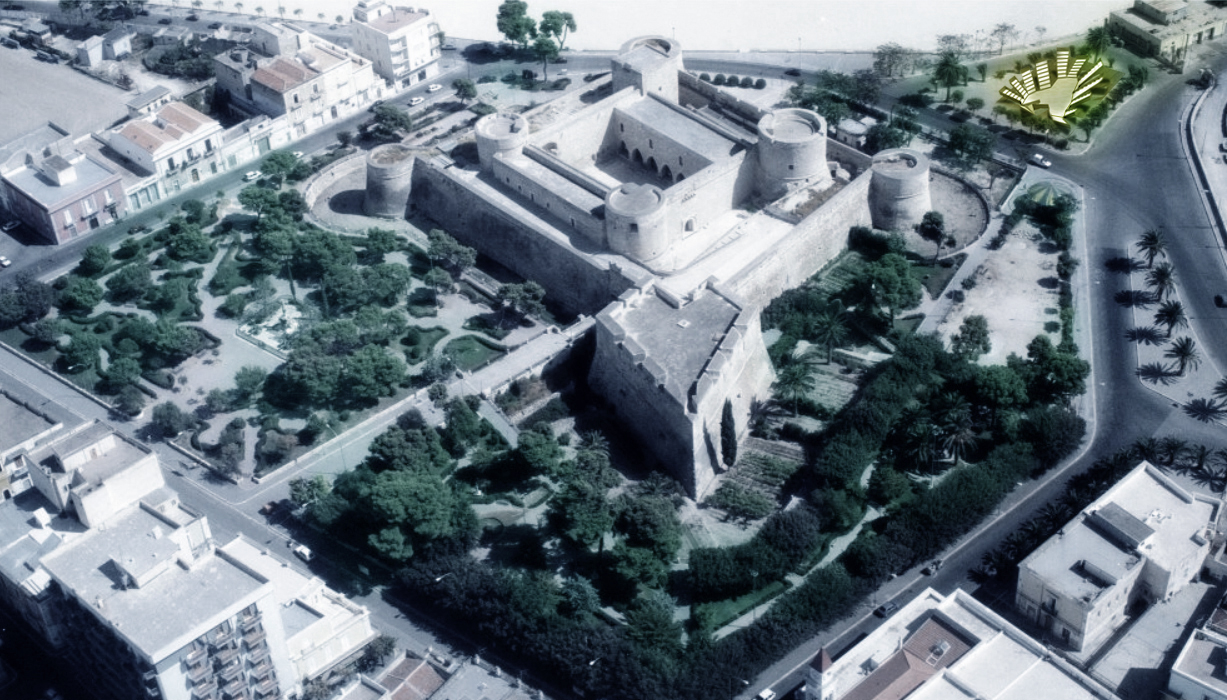 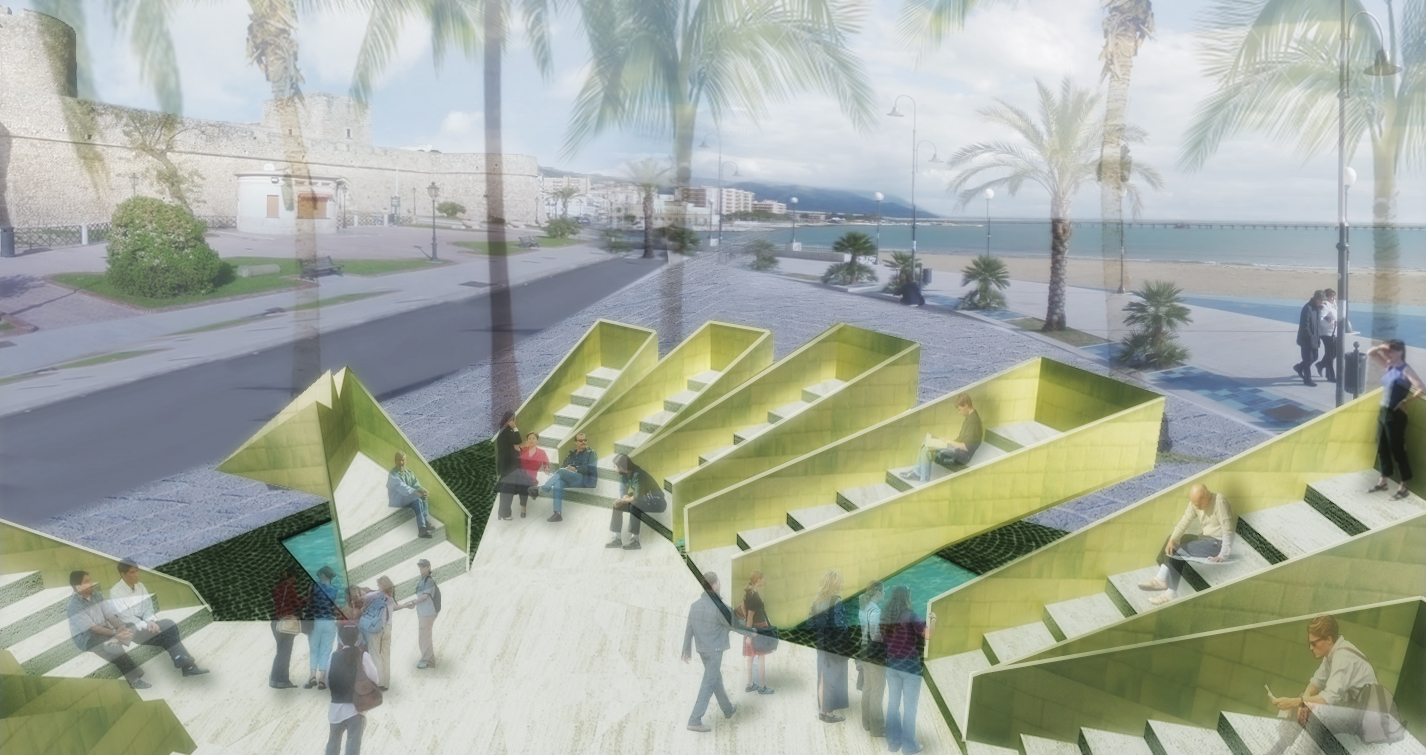 Description: In 2010, Antonio Pio Saracino was honored with the King Manfredi Award for Architectural Excellence and commissioned to design King Manfredi Square. The city of Manfredonia, in Puglia, Italy, was founded by Manfredi in the Middle Ages. The eagle on the Manfredi family crest inspired the design for the square. The plaza’s elevated ramps create an open-air theater with a central stage for public speeches and performances. Rising stairways, which suggest an eagle’s wings, provide seating for visitors. Beneath the elevated elements in the square sit reflective pools of water. The stairways converge in the center of the plaza, which overlooks the thirteenth-century castle where King Manfredi lived. Titanium panels wrap the elevated ramps and public seating. The plaza is paved with local marble.