“Hero”, a public sculpture at Three Bryant Park, New York by acclaimed Italian architect and designer Antonio Pio Saracino, was commissioned in 2013 as a gift by the Italian government and Eni to symbolize friendship between Italy and the United States. “Hero”, inspired by Michelangelo’s “David” is one of two works Saracino designed as a pairing (the other work is entitled “Superhero”) known as “The Guardians: Hero and Superhero.” The project,on view indefinitely was organized by the Cultural Attachè of the Embassy of Italy Washington DC, Renato Miracco and New York based curator Helen Varola.

A new edition of Saracino’s “Hero,” will be on display at the Accademia Gallery, Florence during Expo Milano 2015, the global exhibition that Italy hosts from May 1 to October 31, 2015. “Hero,” addressing Michelangelo’s “David,” which has been selected to represent the Italian Pavilion at Expo Milano 2015 as an historic symbol of Italian excellence, is being promoted by the Accademia Gallery in Florence, the Italian Embassy in Washington DC and PMG Italia.

The new Italian edition of “Hero,” specially commissioned by New York-based Global Emerging Markets Group (GEM) and to be exhibited at the Accademia Gallery, Florence, will be larger than the Bryant Park ‘Hero’ – standing as tall as the original “David” 17ft / 5,2m. The 11,000 lb marble “Hero” will be created in Carrara, Italy with the same stone Michelangelo used to create “David.” “Hero” will be exhibited in the courtyard of the Accademia Gallery, Florence, just a few meters from Michelangelo’s “David” from May through September 2015. The Academia Gallery welcomes 1.3 million visitors per year (only second to the Vatican Museum).

Ambassador of Italy to the United States, Claudio Bisogniero states: “David: such a strong symbol of Italian heritage, and now a Guardian of the friendship between our two countries. The year of Italian Culture in the US couldn’t have left a better legacy.”

Director of the Accademia Gallery, Florence, Angelo Tartuferi states “Antonio Pio Saracino has revived the matter of “David,” the white Carrara marble, for a modern reinterpretation of the sculpture, designed not for a museum or an art gallery, but for a public space in Manhattan, thus placing itself even in this respect on the trail of the original intention by Michelangelo. The best hope is that the “Hero” can represent, in the eyes of the men of our day, the same values of freedom, justice and civic pride realized by Florentines at the height of the Renaissance by Michelangelo’s “David.” The Accademia Gallery in Florence, along the Italian Embassy in Washington, is pleased to present the work of Antonio Pio Saracino, which qualifies as one of the most intelligent, modern and qualitatively most significant interpretations in terms of the execution of one of the highest signs of Western culture.”

Cultural Attachè, Embassy of Italy Washington DC, Renato Miracco adds: “The iconographic value of Michelangelo’s “David” in all various interpretations throughout history becomes a symbol of multiple meanings. Antonio Pio Saracino’s “Hero” draws inspiration from the “David” and becomes symbol of friendship between two countries. The Embassy of Italy in DC has been promoting from long times those values.”

Peter de Svastich, Managing Director, GEM GROUP states: “GEM is very proud to be involved with this wonderful art project that unites the timeless qualities of one of the great works of art in Western Civilization (Michelangelo’s “David”) with a brilliant modern sculpture that echoes the finest traditions of Italian craftsmanship and blends them with a more contemporary artistic vision. GEM considers it an honor to have worked with Antonio Pio Saracino, the Galleria dell’ Accademia, the Curators of this amazing art collection that surrounds this unique venue, the Italian Embassy in Washington D.C..” 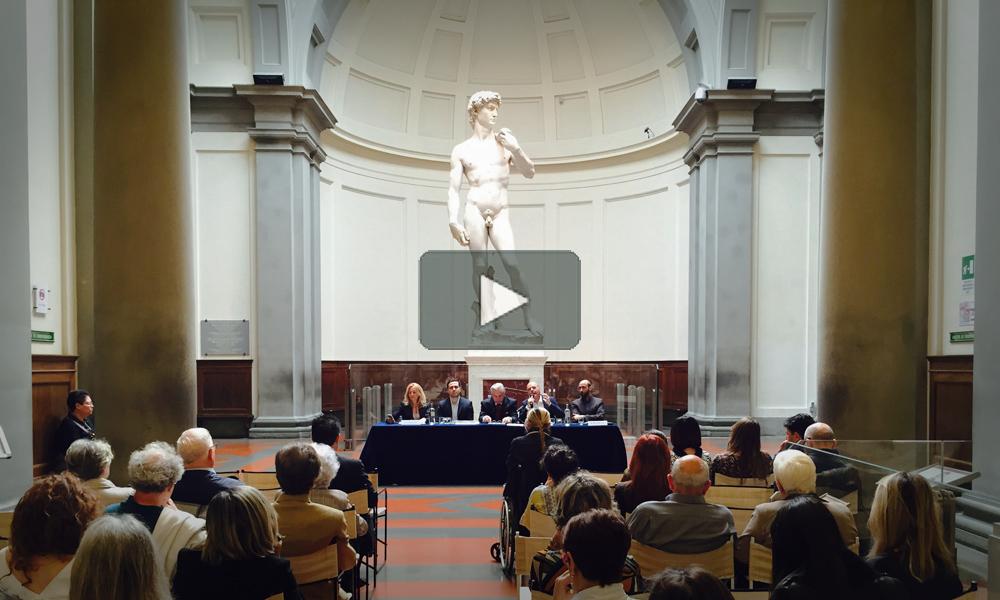 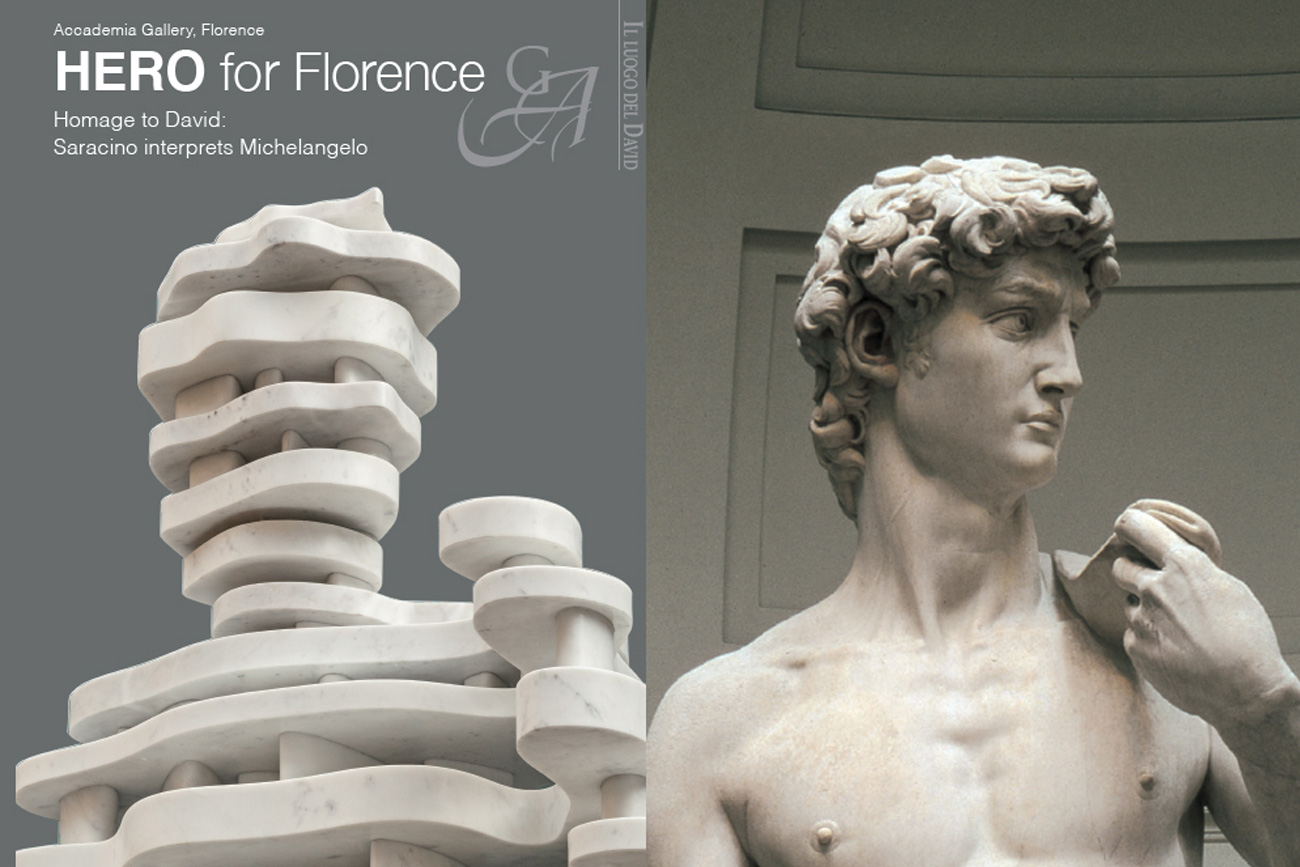 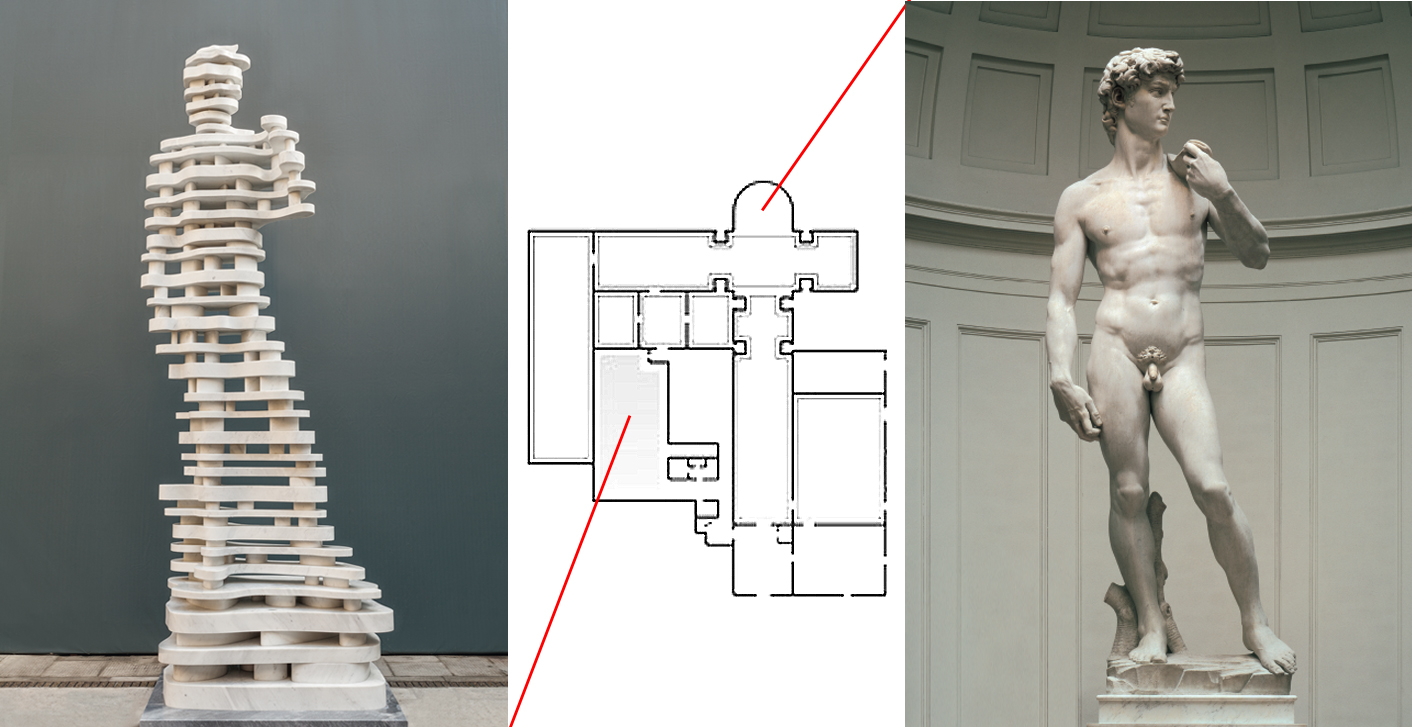 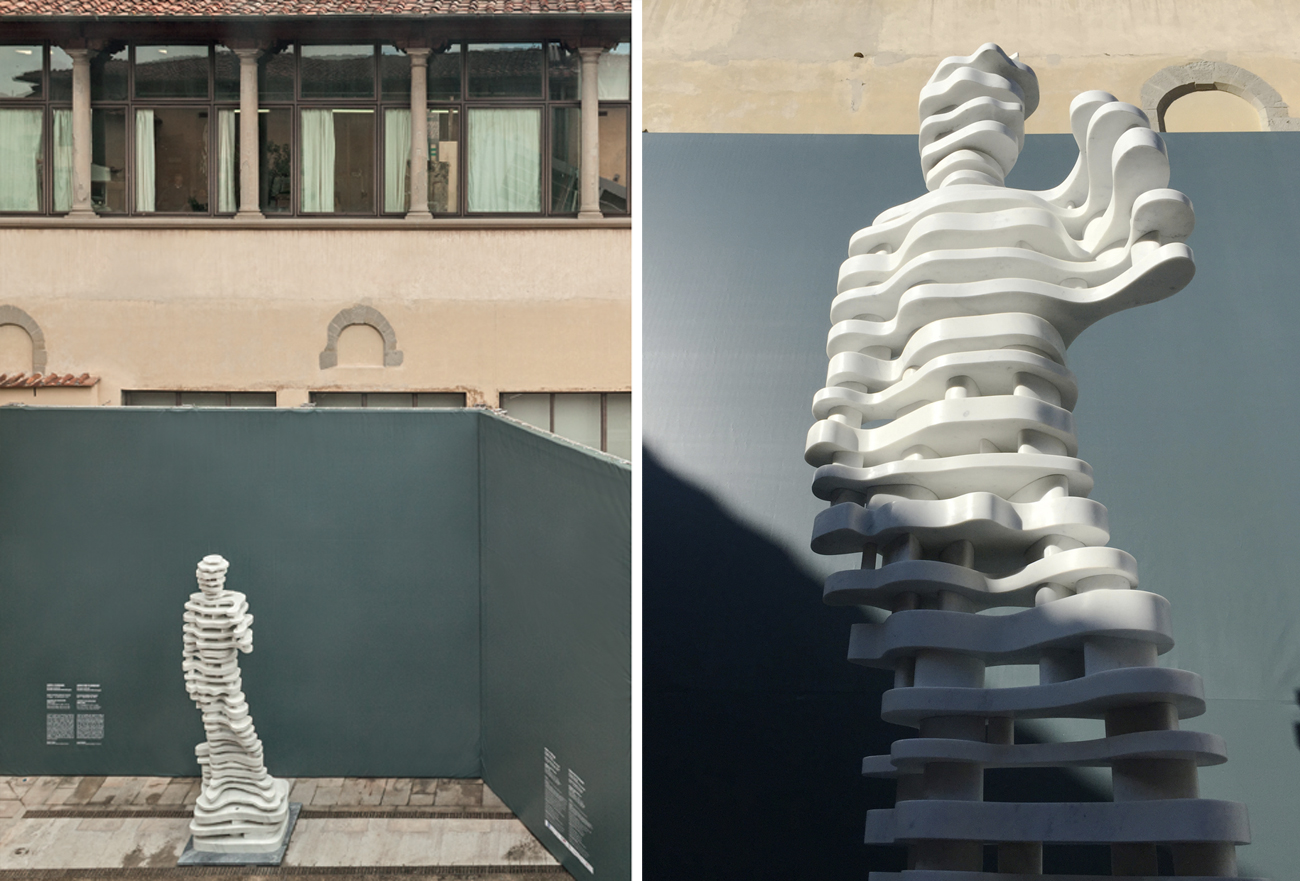 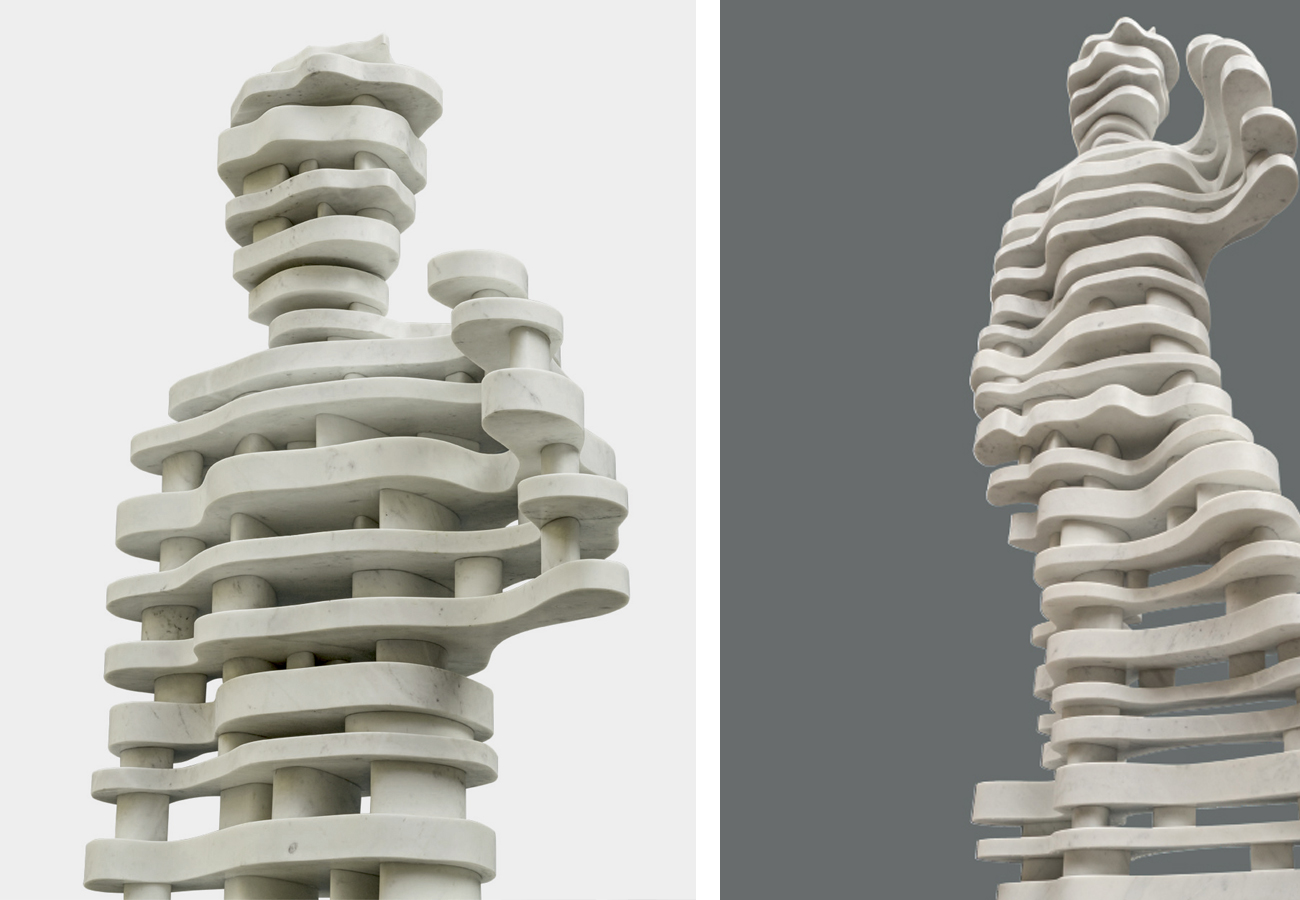 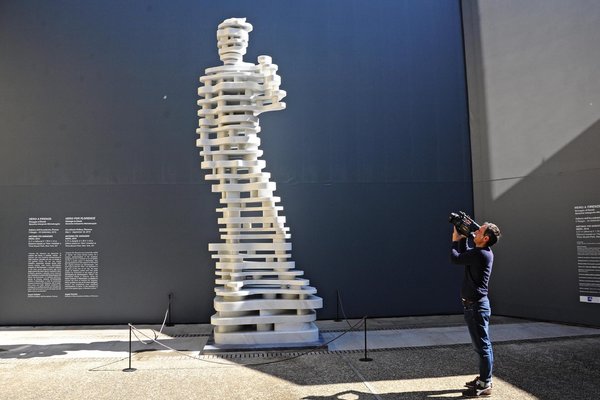 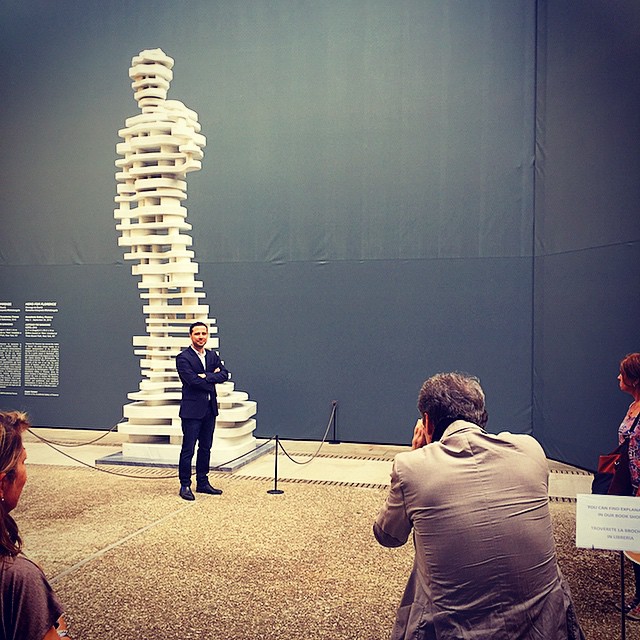 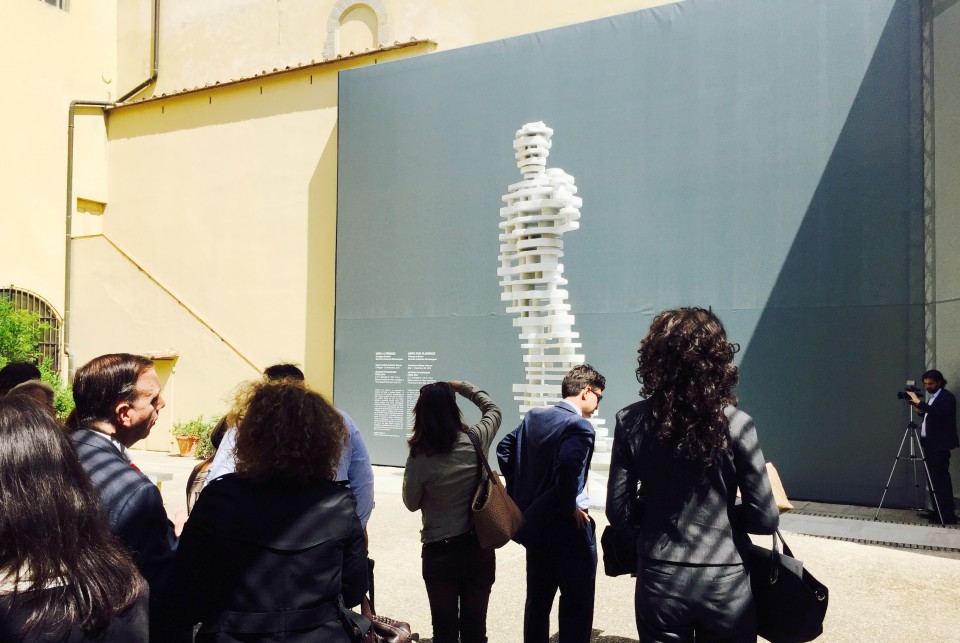