The Pavilion ‘Black Hole’ for the event “Energy for Creativity” by Interni /EXPO during Milan Design Week. The Pavilion is in an exhibition in front of Villa Morosini in Vicenza until December 2015.

The architecture of Black Hole is a tribute to the creative energy of the imagination. Black Hole is a work of architecture that celebrates the void. The alienation provoked by the “Sun Tunnels” of Nancy Holt in Utah, aligned with the trajectory of the sun at the summer and winter solstices, or the spectacular vent inside the volcano in Arizona created by Turrell, or the abstract space of the “Vortex” by Richard Serra, the courtyard in the museum in Naoshima by Tadao Ando and the geometric hole of the Tomba Brion by Carlo Scarpa: they are all operations in which the intangibility of the void shapes the elements, creating the shapes. Black Hole uses the same vocabulary and that’s why it belongs to the future, and to the past. This is energy, the same energy underpinning the physical law of the cosmos. Energy for creativity.
Matter collapses, warps, bounces back. Just as in the most sophisticated theories about gravity. What keeps space together is the absence of a part of space. An inclusive, rotating, iconic space. In the loop quantum gravity scenario, the upper disks are sections of a tunnel of space-time that directs the gaze upwards. A formula that works by subtraction and creates, by attraction, the shapes of the materials. Wood, metal, glass, air, light.

Architecture, spaces, symbolic objects have always used the force of the void to generate places that enter into a relationship with cosmological elements. Astral alignments, constellations, galaxies and equinoxes. Man has always built cities by turning his gaze to the sky. The infinity of the cosmos is the first major reference for architecture, as in the case of the Ziggurats, the Pyramids, the Mayan temples. From the Pantheon to Land Art, from “Roden Crater” by James Turrell to the curved mirrors of Anish Kapoor, from the architecture of Palladio to the Great Court of the British Museum, from the works of Olafur Eliasson to the “Sun Tunnels” of Nancy Holt: the physical laws of the cosmos have inspired works of art that belong to contemporaneity. 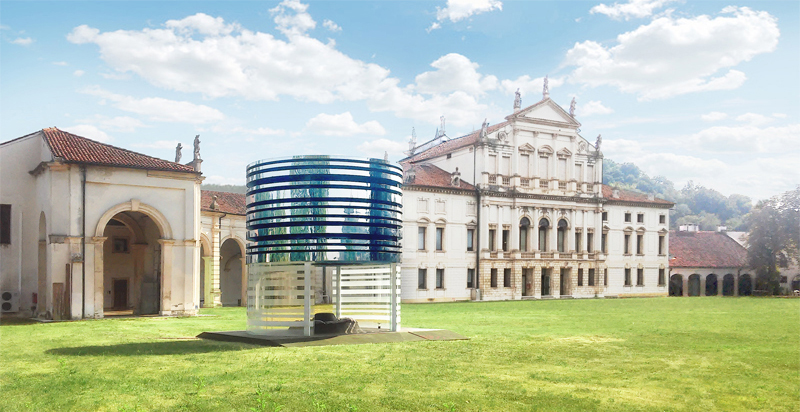 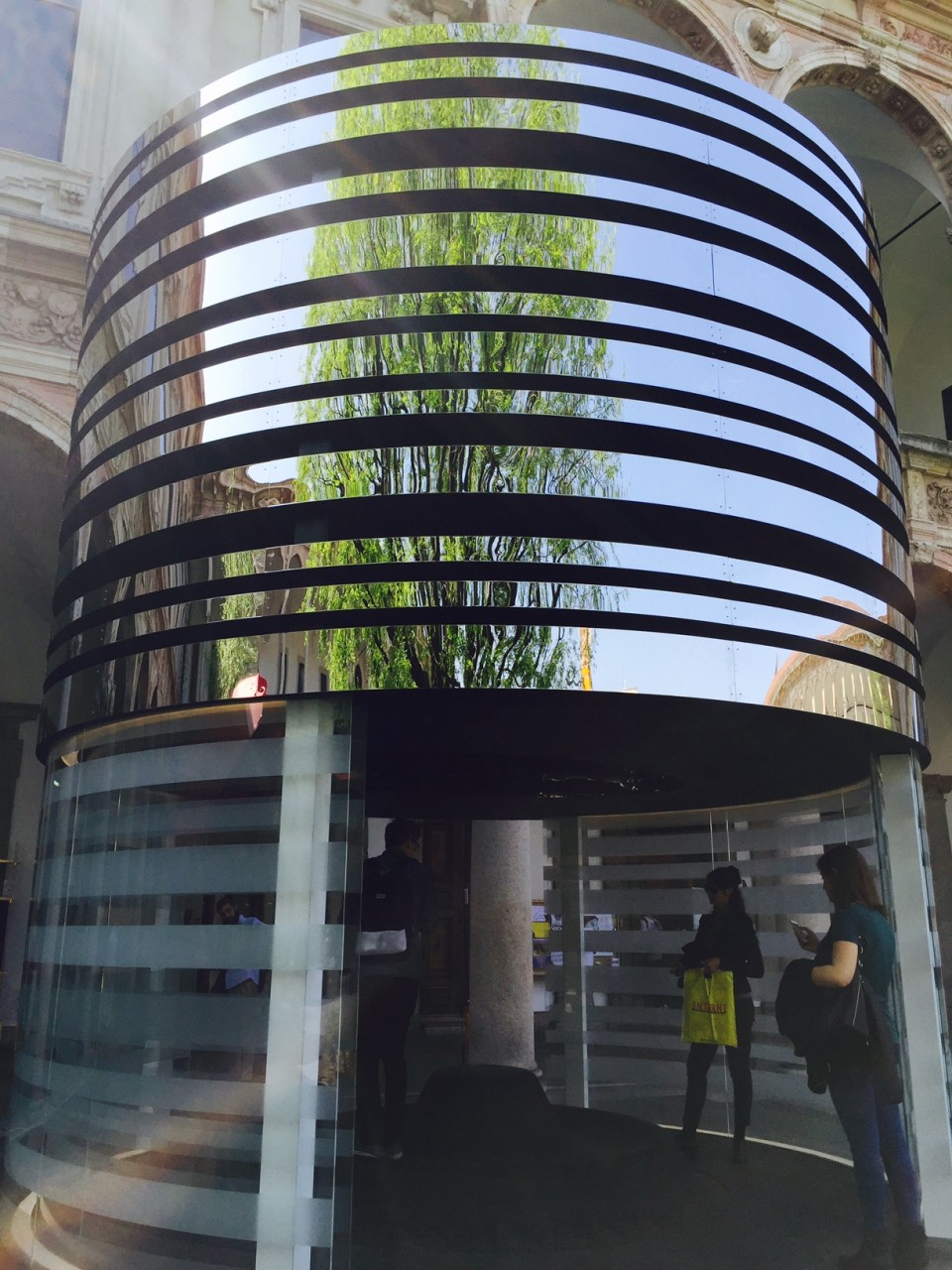 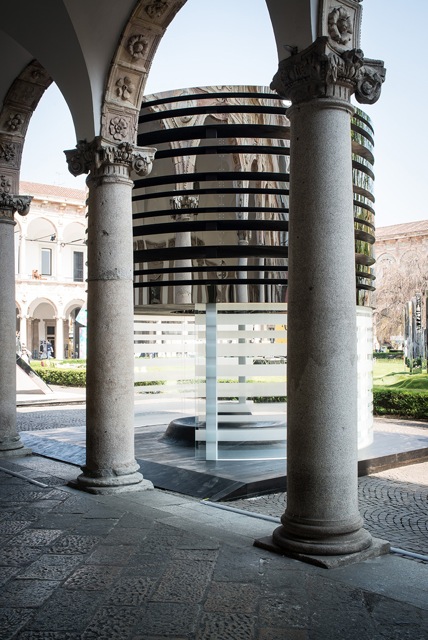