December 2-7, 2014 : The critically acclaimed public art project: The Guardians: Hero by Antonio Pio Saracino selected by the Art Miami committee for prestigious placement at the main entrance of the fair. Antonio Pio Saracino’s marble sculpture The Guardians: Hero is a reinterpretation of Michelangelo’s David, the defender of the city of Florence.

After the Italian government commissioned Saracino to produce a symbol of Italy to commemorate the Year of the Italian Culture (2013) in the United States, a 13-foot-high, 8,000-pound version of this sculpture was placed on permanent exhibition in New York’s Three Bryant Park. Hero has also been included in the 2014 exhibition in the Gallery of the Academy in Florence, Italy, honoring the 450th anniversary of Michelangelo’s death. The current Hero presented by Studio Contemporary NYC is an edition standing at 7ft tall, it was configured especially for the 25th anniversary of Art Miami 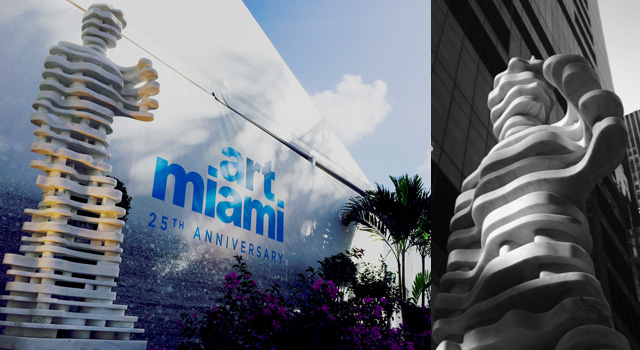 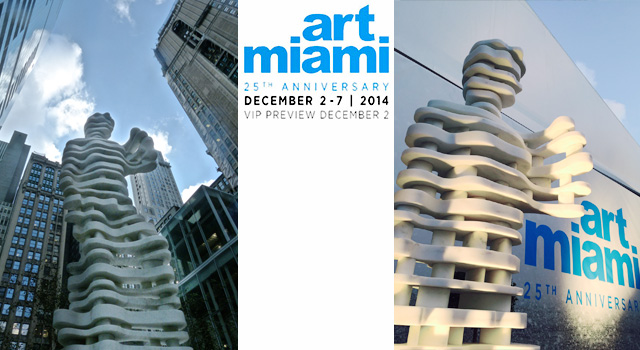