NEW YORK CITY: The MUSEUM of ARTS and DESIGN/ Out of Hand

New York City, October 16 2013- June 1 2014 – Out of Hand: Materializing the Postdigital explores the many areas of 21st-century creativity made possible by advanced methods of computer-assisted production known as digital fabrication. In today’s postdigital world, artists are using these means to achieve levels of expression never before possible – an explosive, unprecedented scope of artistic expression that extends from sculptural fantasy to functional beauty.

Out of Hand will be the first major museum exhibition to examine this interdisciplinary trend through the pioneering works of more than 80 international artists, architects, and designers, including Ron Arad, Barry X Ball, Zaha Hadid, Stephen Jones, Anish Kapoor, Allan McCollum, Marc Newson, and Roxy Paine. Represented will be some of the most compelling creations from the past decade ranging from sculpture and furniture to fashion and transport.
Antonio Pio Saracino has been included in the exhibition with his design the Ray Sofa, that has been acquired by the Museum of Arts and Design in 2012. The Ray Sofa is an exploration of the structural components found in the natural world and the ways in which they can find expression in design.

Each “sofa” is constructed with a cellular assemblage of multiple strips of rubber foam and then coated with an elastic polymer skin. This chair exists as a visual contradiction – it looks as hard as a gemstone, but in fact it is soft and comfortable. When viewed from above, the Ray Sofa is reminiscent of a composition of pixels and also resembles the way crystals are formed.
Organized by MAD curator Ron Labaco, Out of Hand will be on view at MAD beginning fall 2013 (October 16, 2013 to July 6, 2014). It will be the first museum show to consider the impact of these new, revolutionary methods of computer-assisted manufacture on fine art, design, and architecture, and will introduce the public to the imaginative expression that these emerging processes enable. Through this exhibition, MAD will explore a monumental transition in the way human beings understand creation, from the earliest objects conceived and produced by individual makers through the tools of technological innovation. 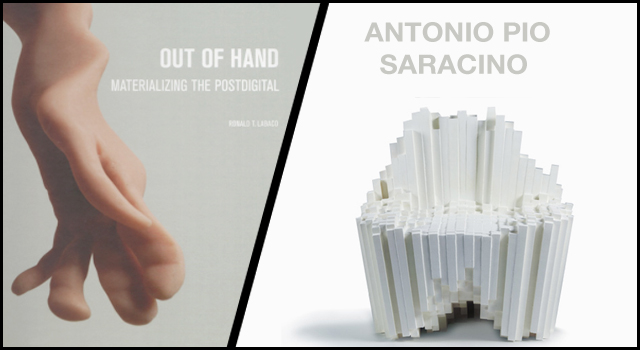 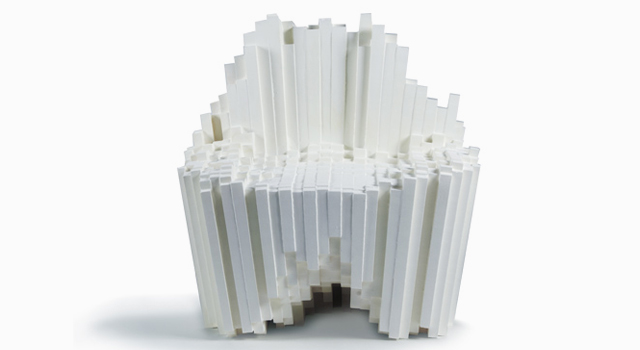 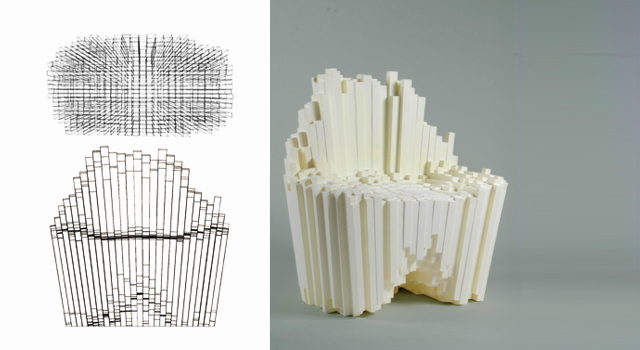 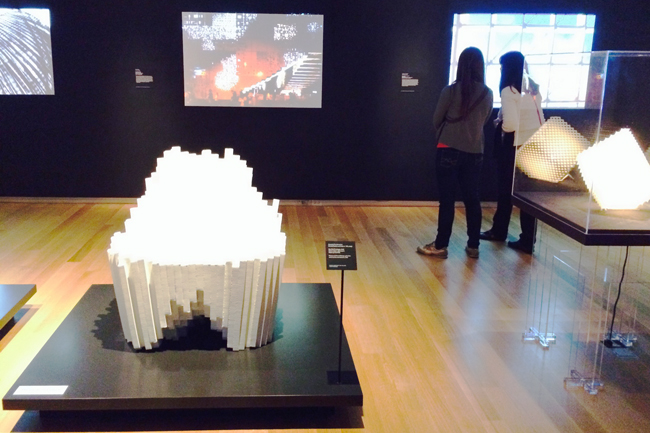 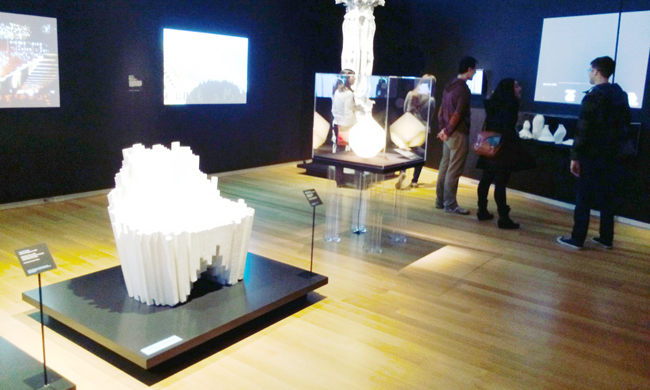