The house is inspired by the architecture of the Sydney Opera House and the natural structure of seashells. Saracino designed the house’s shell, made of reinforced concrete, using an algorithm describing the intricate patterns of coral geometry.

The home’s multiple levels blend with a network of stairs that extend outward and turn into an intricate system of diving boards positioned at varying heights. The fluid geometry and upward motion of ramps prepare the diver for a smooth descent into the water.

Together, the ramps and diving boards connect to create the backbone of the house. The swimming pool extends into the first floor, inviting water directly into the living space. 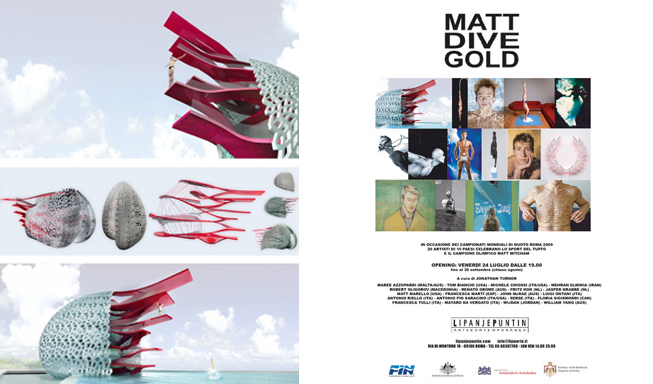