GATE 150’s project commemorates the 150th anniversary of the unification of Italy. Reminiscent of a triumphal arch, GATE 150 calls attention to the masses of Italians who have emigrated to North and South America over time by incorporating centuries of population data.

The graphically rendered data takes a three-dimensional shape, forming the uneven layers of the monument’s structure. GATE 150 is a portal symbolizing departure from the familiar and entrance into the unknown.

The MuBE museum is located next to the Sao Paulo Museum of Image and Sound on Avenida Europa in the upscale Jardins district of the city of Sao Paulo, Brazil. 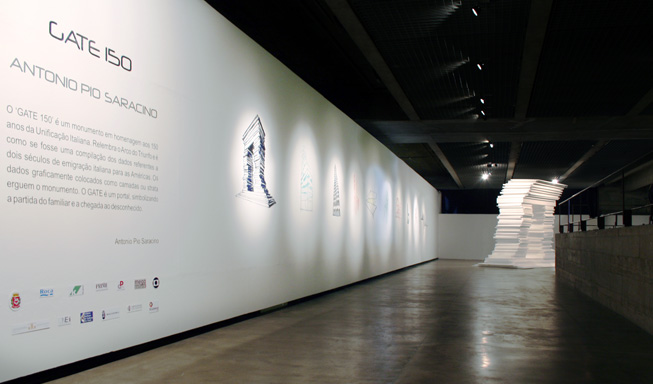 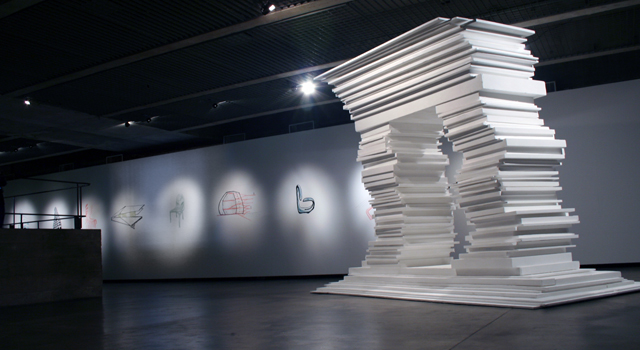 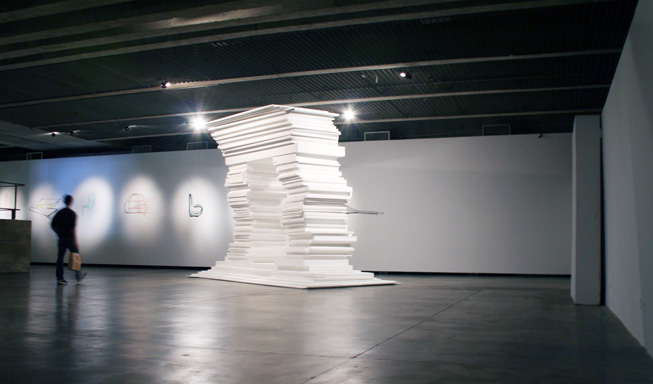 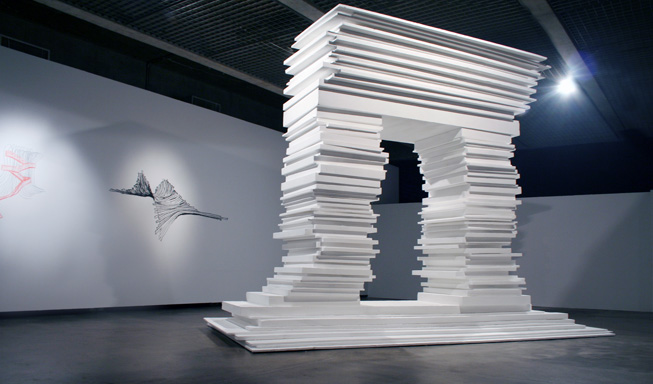