The manicured lawn, the hot tub, the indoor-outdoor kitchen are all elements of this project that represents an urban oasis with more square footage outdoors (7,000) than in (5,000).

Contributing a moment of Zen to the penthouse, the courtyard also contains the main access to the roof terrace: a spiral staircase concealed inside a 16-foot-tall cocoon of laser-cut mirror-polished stainless steel fabricated in Italy. The perforated metal casts dappled light and shadows inside to mimic what it’s like standing beneath a canopy of tree branches—an effect underscored by the living area’s rug, its spot pattern developed with the same algorithm used for the cocoon.

Up on the roof, the designers transformed barren tar and unsightly mechanical equipment into a glorious haven with not only the lush grass specifically requested by the owner but also a wildflower meadow.

At one end of the deck, it ramps up to surround a hot tub. The chaise longues nearby are ideal for admiring the Woolworth Building and 1 World Trade Center.
Views are treated with similar reverence inside. The master bathroom looks out to a small rock garden bordered by a privacy-providing thicket of bamboo.

Giving a nod to the neighborhood’s industrial heritage, patinated zinc panels, arranged in a staggered pattern derived from old loft buildings’ doors and elevator shafts, wrap a pair of large independent volumes in the public zone. 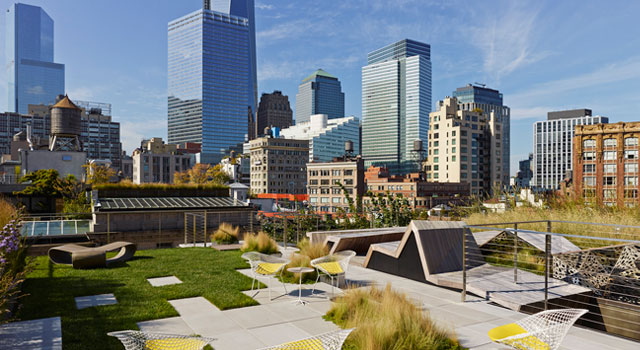 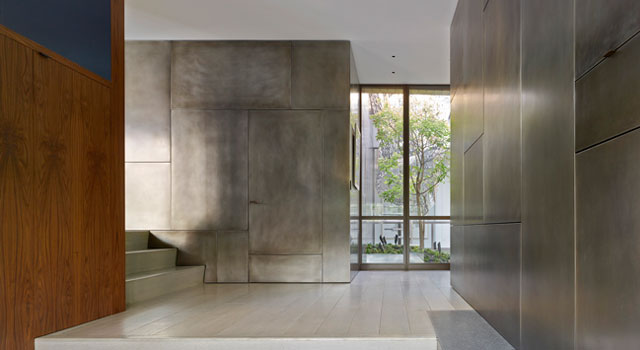 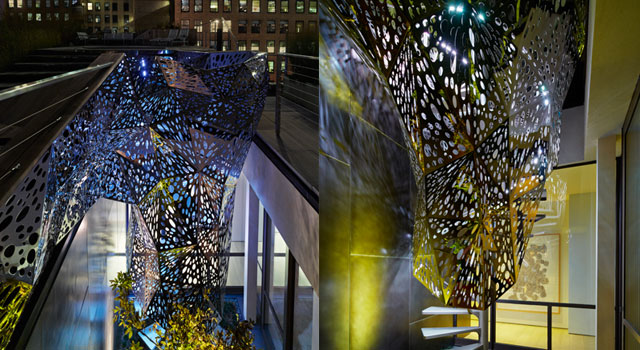 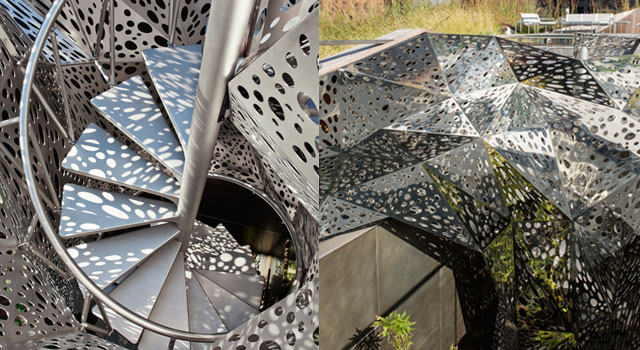